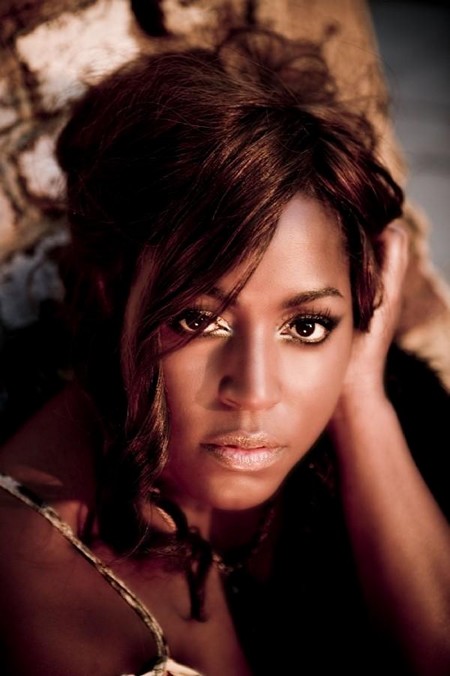 Paris’ roots are in soul and gospel music. She grew up singing in her grandparents’ church and by her mid teens was making regular appearances with ‘The Spirit of Watts’ gospel choir (with whom she featured on the 1985 EP Gospel Joy).[2] She abbreviated her forename to Micha, before adopting a “phonetic version”. At the age of seventeen, she got her first break as a backing vocalist with the UK band Hollywood Beyond. Paris appeared on their album, If (1985).

In 1988, she released her debut, platinum-selling album So Good with 4th & Broadway when she was 19 years old. “My One Temptation” was the lead single. This led to a collaboration with American soul singer Will Downing on a cover version of a classic “Where Is the Love“, made famous by Donny Hathaway and Roberta Flack in the early 1970s.

The follow-up album, Contribution was released in 1991. This extended Paris’ soul and gospel influences to bring in hip-hop and house music and featured the track “If I Love U 2 Nite“, writtenespecially for Paris by Prince, which she recorded at his Paisley Park studios.

With Omar Lye-Fook, a classically trained musician Paris recorded “I Should Have Known Better” in 1990. It was issued on the B-side to “I Never Felt Like This Before”. Paris also recorded with Anita Baker, Bonnie Raitt and Natalie Cole on the album Nelson Mandela: An International Tribute for a Free South Africa (1990), and provided the title track to Isaac Julien‘s Young Soul Rebels movie soundtrackthe following year. She worked with the saxophonist Courtney Pine (“Redemption Song” – 1992), the Stereo MCs (“Don’t Let Up” – 1992) and Bobby Womack (“I Wish I’d Never Met You” – 1991).

Her third album was Whisper A Prayer (1993), which included the Top 20 singles “I Never Felt Like This Before” and “I Wanna Hold On To You”. This followed by more collaboration work on album tracks with Guru on his Jazzmatazz II (“Looking Through Darkness” in 1995), Mark Morrison (“Tears For You” – 1996) and Maxwell (“Mantra” – 1996).

A best of collection was released in 1999.

In 2003, following three sellout nights at London’s The Jazz Cafe, Paris released the Moby sampling “Heart” with Seraphim Suite. Paris also joined Omar onstage for his gig at The Shepherds Bush Empire. She also contributed to the track “I Don’t Understand” on Milk & Sugar album. 2004 saw Paris feature as a guest on The New Inspirational Choir’s album Inspirations along with Keisha White and Jocelyn Brown.